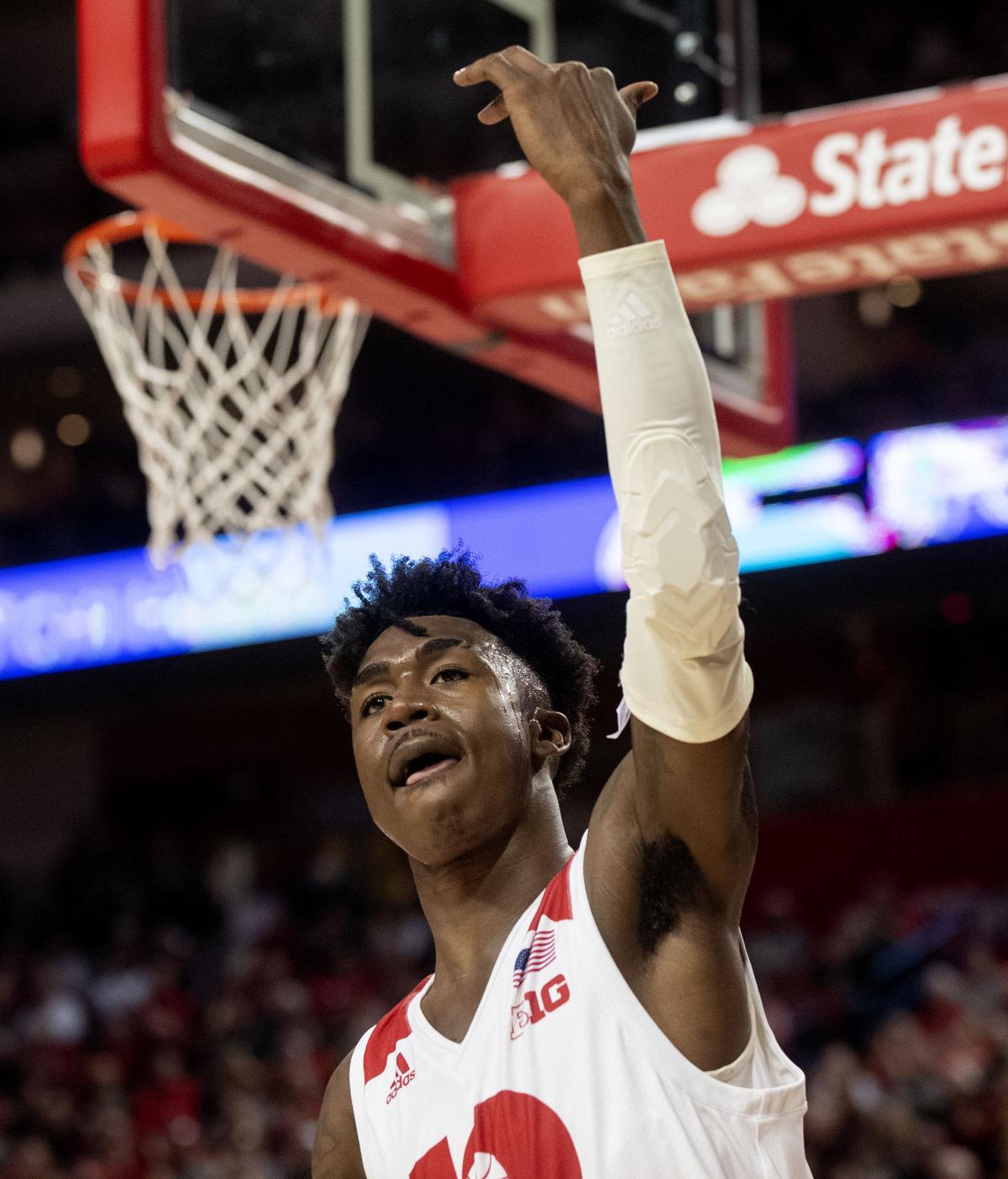 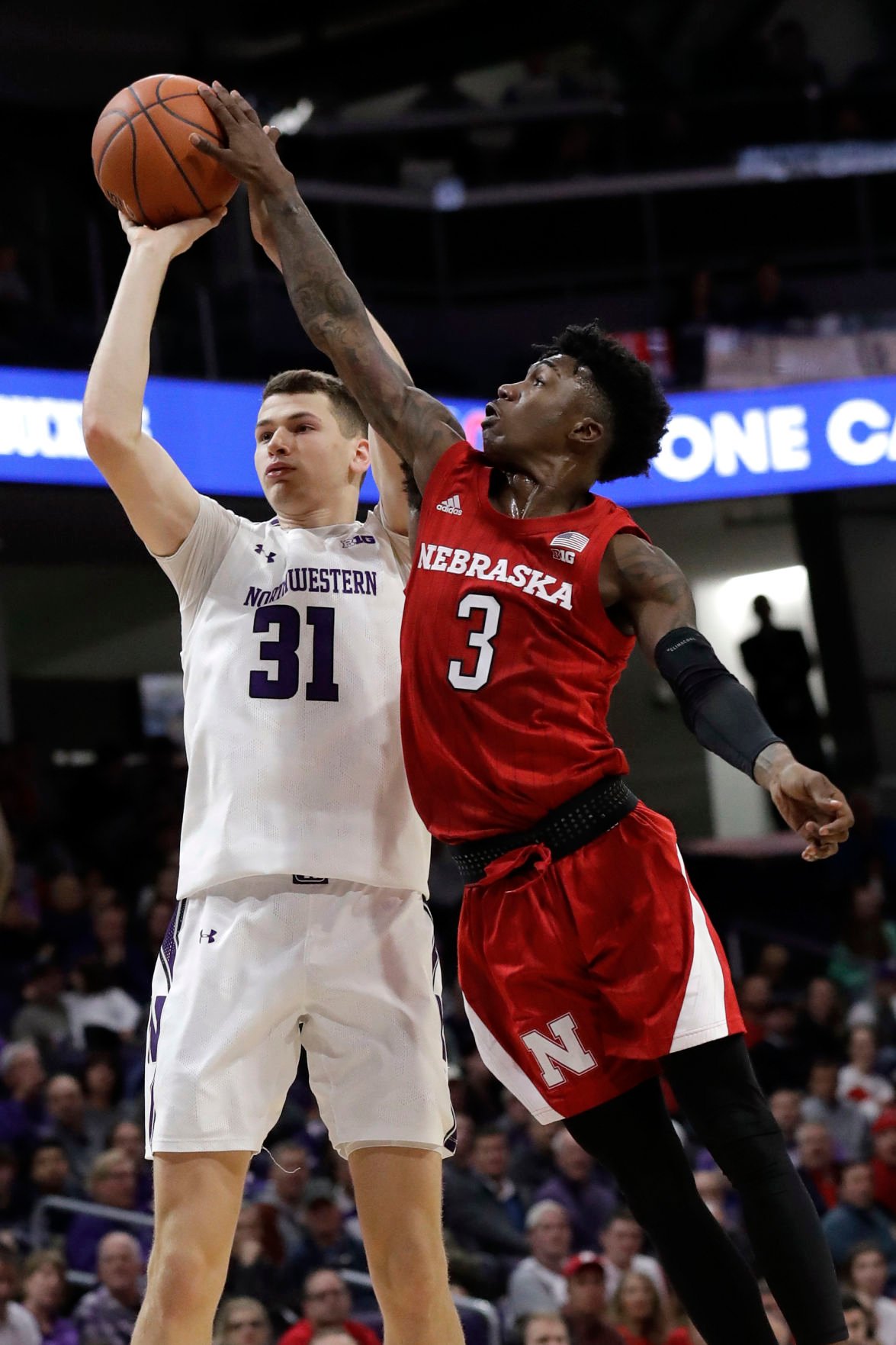 Nebraska guard Cam Mack (right) blocks a shot by Northwestern forward Robbie Beran during the second half in Evanston, Ill., on Saturday.

Nebraska guard Cam Mack (right) blocks a shot by Northwestern forward Robbie Beran during the second half in Evanston, Ill., on Saturday.

We're seeing something special. That's becoming increasingly clear. But let's not get ahead of ourselves.

I'm mostly talking to myself here.

Cam Mack potentially could become one of the best point guards — if not the best — in Nebraska men's basketball history. He possesses that sort of talent, that sort of skill, that sort of court awareness.

But let's keep the discussion in check for the time being. Saturday helped in that regard, as Mack turned in an uneven performance in Northwestern's 62-57 victory at Welsh-Ryan Arena in Evanston, Illinois.

Yeah, let's call it "uneven," even though Mack picked up his fifth double-double of the season with 11 points and 10 rebounds. The cat-quick sophomore also recorded seven assists and now has had at least six in each of the Huskers’ five Big Ten games.

Tell me that watching Mack doesn't make you wonder about his ceiling in terms of potential. Even when he goes 4-for-13 from the floor, as was the case against the Wildcats (6-9, 1-4 Big Ten), he does enough to intrigue you with his unique ability.

"I think from a talent perspective alone, he's got a skillset that I'm not certain we've seen in a Nebraska uniform," says former NU guard Cary Cochran, the program's all-time leading three-point shooter with 268 makes from 1999-2002.

The 41-year-old Cochran coached at Wyoming and James Madison. He watches Nebraska hoops carefully and clearly likes what he sees in the 6-foot-2, 175-pound Mack, who's averaging 12.7 points and 6.8 assists per game — his assist average placing him among the top 15 nationally.

Just 16 games into his Nebraska career, Mack already is the only Husker during the past 30 years to have multiple points-assists double-doubles in the same season, as he has four, including three in Big Ten play. Of course, he also recorded the first triple-double in school history a month ago with 11 points, 10 rebounds and 12 assists in a 70-56 home win against Purdue.

Even so, it's too early to elevate Mack into the same realm as, say, former Nebraska standout Tyronn Lue, a first-round NBA pick in 1998. Thing is, it's not like NU has produced a long line of outstanding point guards. In fact, Lue is the last to earn first-team all-conference recognition. Before Lue earned it in the Big 12, you have to go all the way back to 5-9 Jack Moore, an All-Big Eight choice in 1982.

Lue was the quickest point guard I've seen at Nebraska. Lue, Carr and Moore were intelligent floor generals. Mack is progressing in that regard and trying to become a consistently strong leader for a Husker team that's 7-9 overall (2-3 Big Ten).

"It was almost like he pressed a button and it was a burner, and he was gone," Cochran says.

But Ford had an intangible quality that sets him apart from Mack.

"Cam has to put the team on his shoulders and not let it lose to teams it shouldn't lose to," Cochran says. "That could elevate his profile."

How much better can he get? Tell me you aren't intrigued by the question.

Are you ready for retirement?

Bank Of The Valley