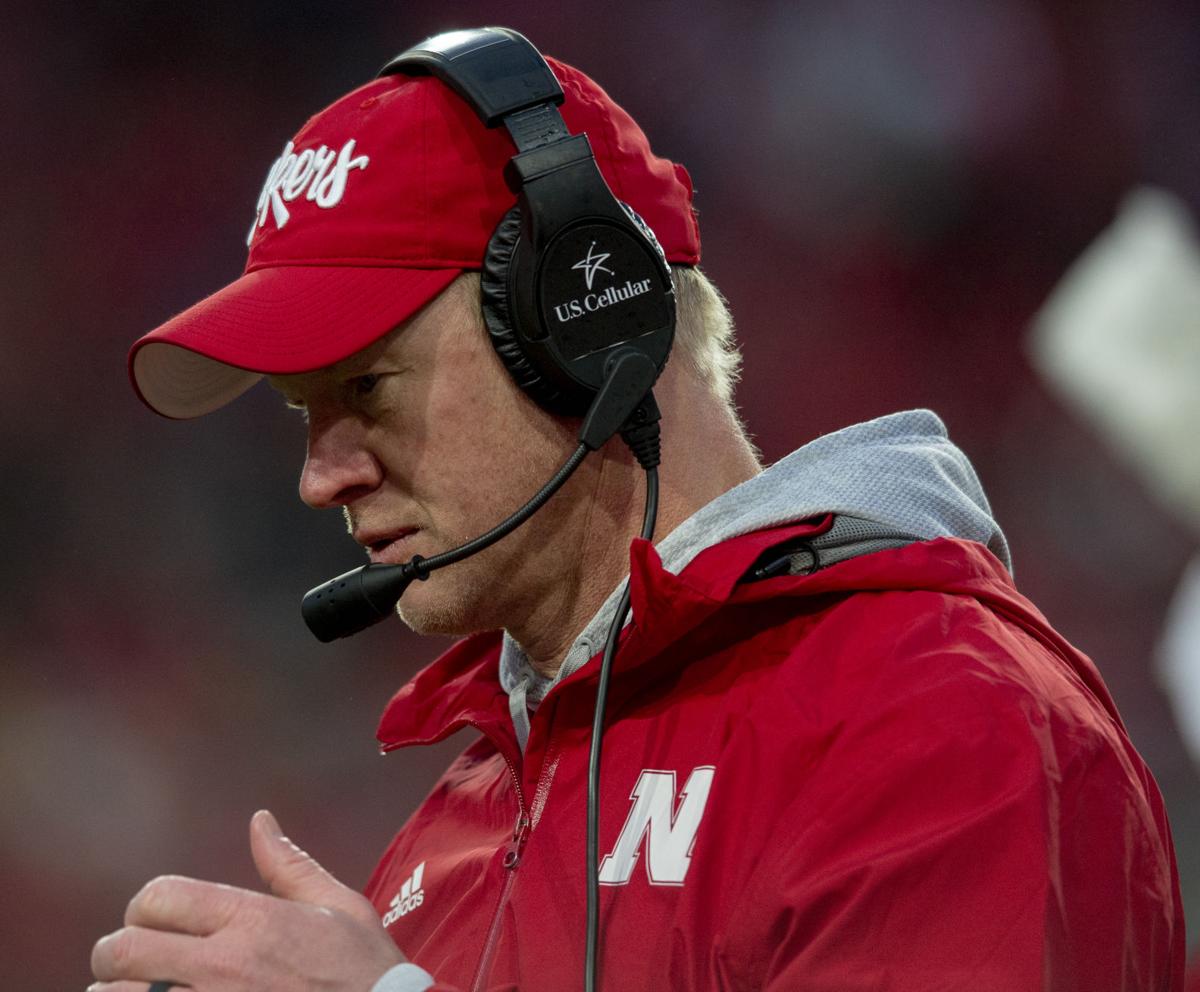 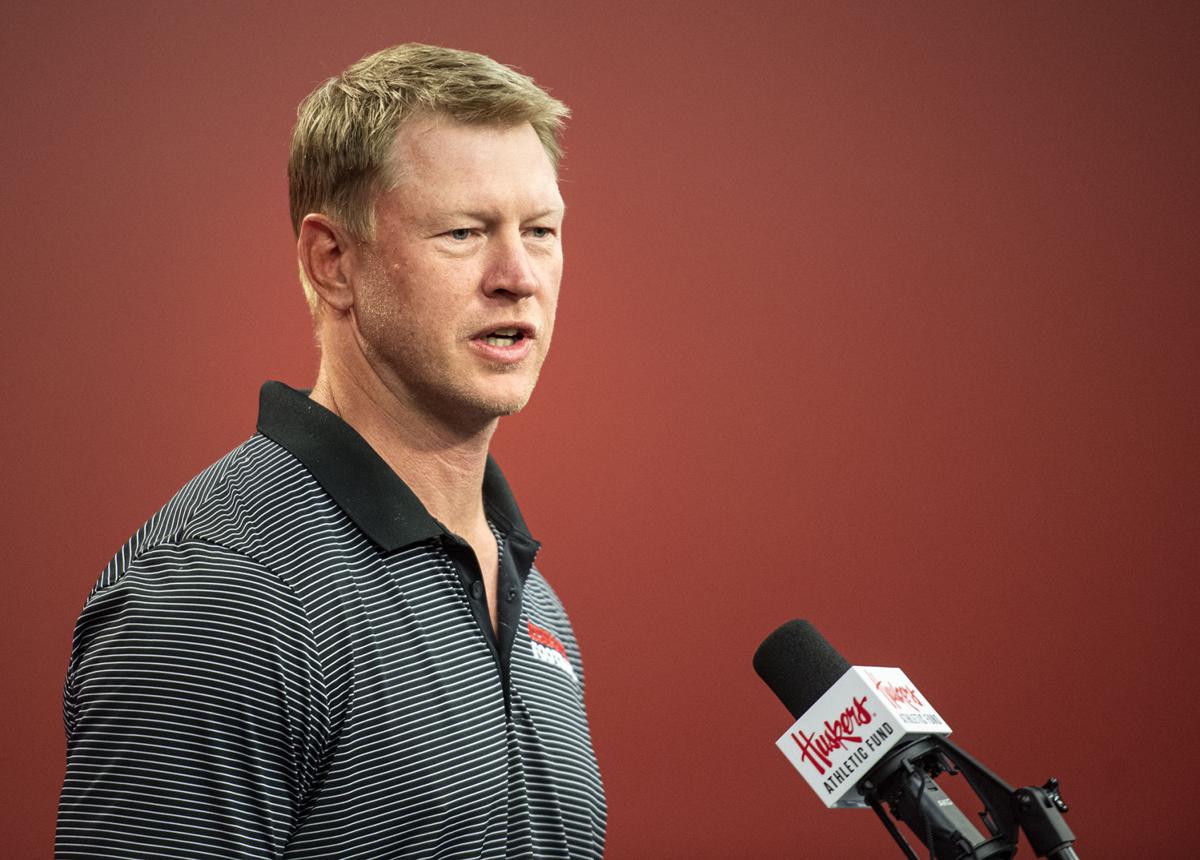 1. It's foolish to try to predict a record considering all the variables and audibles that ultimately could define this season. So, let's do it.

Nebraska could get to 6-4 in this setup. Emphasize "could." But I'll go with that record off the bat. Let's face it, though, the Huskers will be in a lot of close games. That's the way it's become for Big Red. Which is why 7-3 might be in the cards, but also why 3-7 is possible.

Even so, I'll go with 6-4. To get there, Nebraska probably will have to split with Wisconsin and Iowa. The Northwestern game strikes me as a swing game. The Wildcats were awful last year but look for them to rebound with transfer quarterback Peyton Ramsey. The Purdue game also fits the swing game mold. Purdue has become a thorn in Nebraska's side. In order to get to 6-4, the Huskers may have to win in mid-November in West Lafayette, Indiana.

That should be a fun trip.

2. Yeah, the middle of the schedule is beefy. Better be able to stop the run.

Nebraska's program won't take a step forward under Scott Frost — it certainly won't finish 6-4 — if it allows 5.7 yards per carry in the Big Ten, as was the case last season. In that regard, the stretch of schedule that includes Wisconsin, Iowa, Minnesota and Ohio State is critical. I have Nebraska losing three of those games because I'm unsure to what extent the Huskers have shored up their run defense.

If Erik Chinander's crew has improved markedly in that regard, going 2-2 or even 3-1 in that stretch is doable.

OK, let's not get carried away. That unit has a lot to prove.

3. One result on the schedule is exceptionally easy to predict, assuming the game occurs.

Rutgers has a new coaching staff, and the Scarlet Knights' offseason has been waylaid by COVID-19. They're currently shut down in the wake of a spate of positive tests.

Meanwhile, Nebraska has plowed forward without stoppages. The Huskers' posture during the pandemic has been aggressive — while adhering to strict in-house protocols — essentially since April.

Nebraska will play Rutgers in basically an empty stadium. It seems to add up to an easy win for the visitors, although there's already some concern among NU officials that the Scarlet Knights won't be ready to start the season Sept. 5 because of lack of preparation time or continued virus problems.

This much is certain: Frost prefers to start the season Sept. 5 as opposed to middle or late September.

4. On the down side, you wonder how Nebraska feels about heading to a school (and a state) that's had so many issues with the coronavirus.

Will there be Husker players who feel skittish about going to New Jersey? How will parents feel?

It'll be part of the discussion as the opener nears.

That said, everything I've heard from the Nebraska camp suggests Husker players are united in their desire to push forward. You saw it a series of tweets by NU players Wednesday. The theme was they feel safe and eager to play. It feels like NU has generated momentum during a challenging time. It's a fascinating dynamic to follow.

"I think this (schedule release) was important for their morale and their psyche to see, 'Hey, there is a schedule and we're going to play Rutgers on the fifth of September, and I can start watching film on them ..." Nebraska athletic director Bill Moos told the Journal Star.

There are no guarantees it'll go off smoothly. But the schedule represents hope.

5. Nebraska gets a manageable crossover addition.

With Big Ten East Division powers Ohio State and Penn State already on the schedule, some Husker fans maybe braced for Michigan being added to the mix. That would've been sort of ridiculous.

No problem. Nebraska gets Michigan State on the final weekend.

As is the case against Rutgers, the Huskers should have a big advantage against Sparty. Mel Tucker is their new coach. They didn't have a spring season to install new systems, and their summer has been a virus-related mess, too.

All in all, the revised Nebraska schedule is more manageable than the original.

Steven M. Sipple: You know what would cheer up the AD? A few early upsets by the Huskers

Coaching through a pandemic with an ailing father is rough stuff. But Scott Frost has pushed through it well, his boss says.

Playing in the fall is definitely better than playing in the winter/spring. But let's see if the Big Ten fall season gets off the ground.

Keven Lightner, one of the NU football program's all-time strongest players, says his physical fitness helped save his life.

A green light to start the season Oct. 17 probably would assuage NU officials, but only to a certain extent.

Steven M. Sipple: You know what would cheer up the AD? A few early upsets by the Huskers

Steven M. Sipple: We're thinking of you, Nebraska fans, and much better times ahead

It's time to end this "study" of how Nebraska fans would react to hard times in the football program.