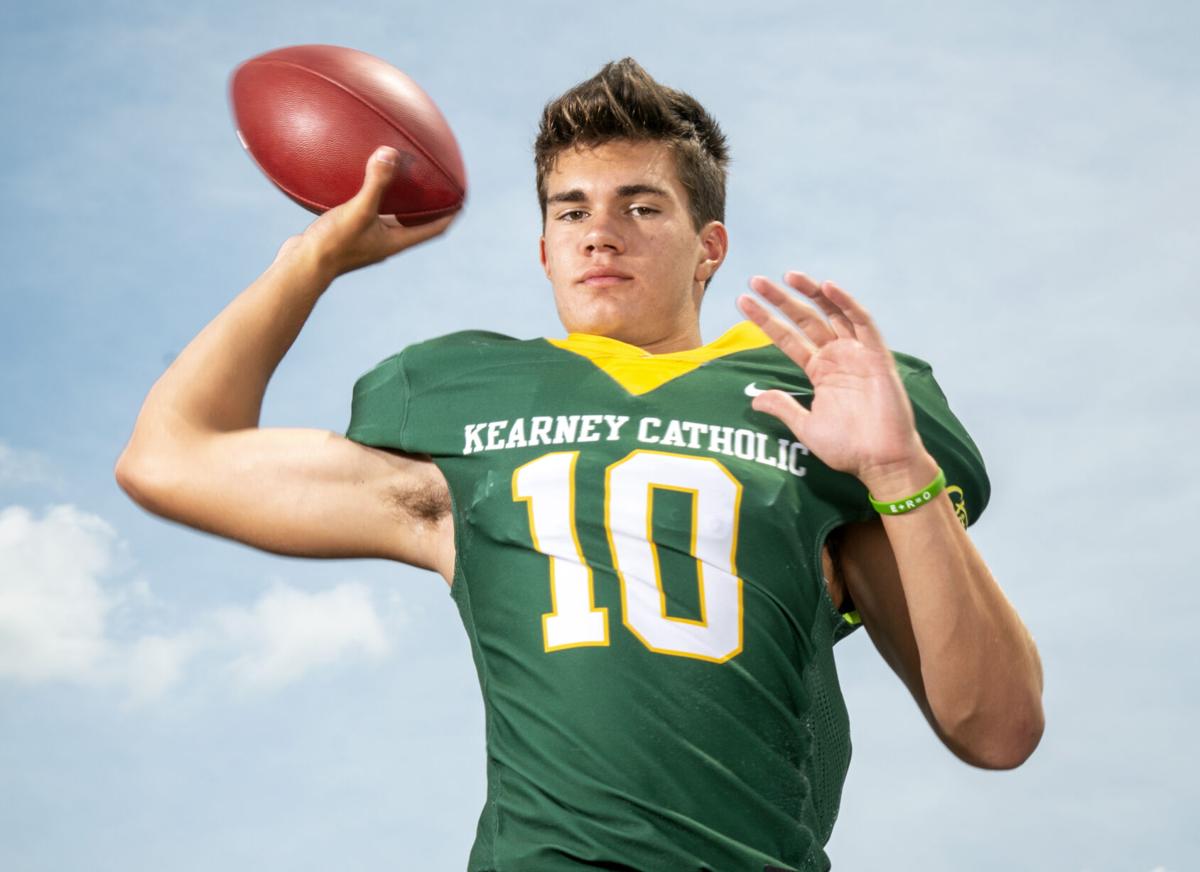 Heinrich Haarberg is set to arrive on Nebraska's campus in mid-January. 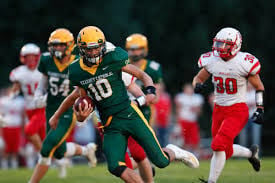 Kearney Catholic quarterback Heinrich Haarberg threw for 1,857 yards and 19 touchdowns in his final season with the Stars. 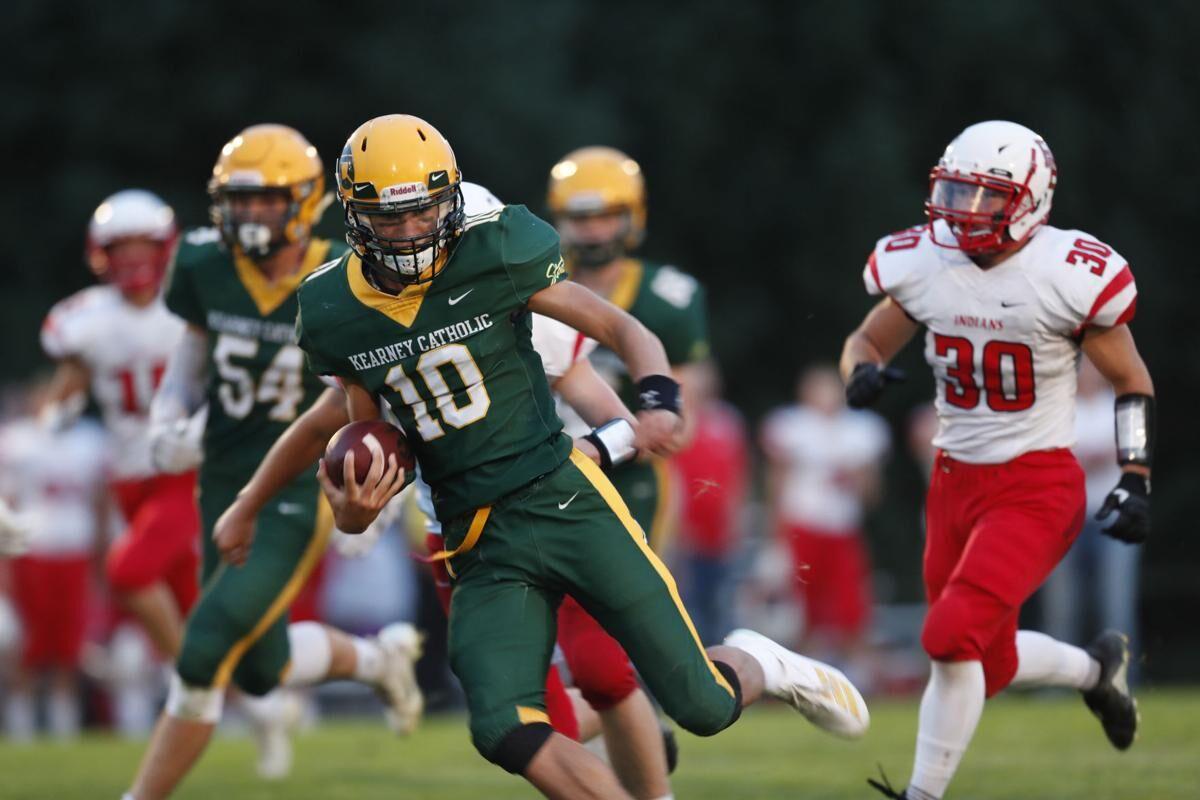 Heinrich Haarberg was just about to devour a noon buffet Sunday at the Kearney Country Club — he needs 8,000 calories a day to maintain his 6-foot-5, 205-pound frame, he says — when an important call flashed on his cellphone.

It was his future position coach, Mario Verduzco.

"His energy is unlike anyone's I've ever met," says Haarberg, whose status as a Nebraska quarterback becomes official Wednesday, when he signs a national letter of intent.

National Signing Day Primer: Where the Huskers' 2021 class stands and what to watch in days ahead

Haarberg spoke with Verduzco for 10 minutes Sunday, the day after Minnesota's 24-17 win against Nebraska in Lincoln. Within a single conversation, Verduzco can be equal parts complimentary and critical in a blunt manner about his quarterbacks' performance, Haarberg says.

He doesn't mind at all if Verduzco lays it on the line to convey a point.

"That's what I appreciate about him," the Kearney Catholic star says. "I like to be my biggest critic."

Haarberg this past season completed 126 of 230 passes (54.8%) for 1,857 yards and 19 touchdowns, with seven interceptions, as Kearney Catholic finished 9-2 with a season-ending loss to Adams Central in the Class C-1 state semifinals. When Haarberg arrives on Nebraska's campus in mid-January as an early enrollee, he'll immediately begin to focus on developing as a player, especially as a passer.

"I believe I have the athletic ability to play at that level, and excel at that level," he says. "But I'll be the first to admit I need to develop mechanically and mentally. I think every quarterback does. The ones who don't are the ones who are ready to go immediately."

Although Haarberg clearly has confidence in his ability, he doesn't put himself in the ready-to-go category.

"I think Coach Verduzco can get me ready to compete within a few months, and he told me that," Haarberg says. "It doesn't take long with him. He said that last year Logan Smothers improved five times in just the few practices after he got to campus. That's something I'm really optimistic and excited about."

Especially the throwing mechanics part of the equation.

"Coach Verduzco understands all the biomechanics, but he wants quarterbacks to have their natural stroke, is what he says," Haarberg says. "He's going to let me throw how I want to throw. It's not a cookie-cutter approach to every quarterback. But if there's something messing up my throws, he's going to fix it.

"Every quarterback in that room has a different way of throwing. He's not going to force you to throw the exact same way that everyone else does."

Tim Jenkins, whose Jenkins Elite Academy trains quarterbacks, first began working with Haarberg as he prepared for his junior season at Kearney Catholic.

"Obviously, Heinrich's excellent athleticism is going to help him," says Jenkins, who was a four-year starter at Fort Lewis (Colorado) College before signing with the St. Louis Rams as an undrafted free agent. "From a mechanical standpoint, he just needs to continue his growth. When I first saw him, you could tell he was just an uber-gifted kid who no one had ever tried to refine.

"There are a lot of guys who let a lot of stuff slide with these kids who are really athletic, and I think it ends up hurting them in the long term."

Haarberg will join a Nebraska quarterback crew led by junior Adrian Martinez, who has a 10-16 record as a starter. Redshirt freshman Luke McCaffrey, who started twice this season, generally shares first-team reps in practice with Martinez. Smothers is a speedy rookie from Alabama who has drawn praise for his vision and decisiveness.

Verduzco can't say enough good things about walk-ons Matt Masker, a sophomore from Kearney Catholic, and Brayden Miller, a redshirt freshman from Kearney High School. You hear often from Verduzco about the strong chemistry in his group. That could be important for a lot of reasons — emotional support being one of them.

If you haven't noticed, Nebraska's starting quarterbacks draw about as much scrutiny as the governor. The job's not for everyone.

But Haarberg believes he can handle the inherent pressure of the position.

"I've been thinking about it a lot in the last month or so, and what I've come down to is I can't get caught up in the positive or the negative attention," he says. "There will be times when maybe I throw for 350 yards and five touchdowns in a win over a really good team, and the whole state is saying I'm the next Eric Crouch. And the next game I might throw two picks and have a completion percentage of like 45."

He's already figured out that when it comes to the quarterback position, the next guy in line is often the fan favorite.

"You can't get caught up in that because there's always going to be someone who's better than you in the public's eyes," he says.

That sort of discussion isn't his concern at the moment. He's got a ways to go before he's ready to be NU's starter.

If that time comes, Jenkins says Haarberg is good at keeping a level head.

"My favorite kids to work with are the ones who almost hate the recruiting process," Jenkins said. "I never want our kids to love the attention they get from the process. That's loving what you get from doing something versus loving the process, and Heinrich's a process kid.

"I think that's going to bode well for him."

It got him this far. That's an achievement in itself.

Scott Frost has enough headaches without his boss trying to influence staff decisions.

Nebraska coach Scott Frost doesn't seem particularly bothered by what one could interpret as an insult by Minnesota's P.J. Fleck.

Steven M. Sipple: Out of respect for Fred, it's time to attach real expectations to Husker hoops

Fred Hoiberg is a bit of a magician in the sense that he's 5-34 in the Big Ten at Nebraska, and hardly anyone complains. The pass he gets is sort of bizarre.

The headline says "a quick departure from heavy Husker conversation" because it had better be quick.

Heinrich Haarberg is set to arrive on Nebraska's campus in mid-January.

Kearney Catholic quarterback Heinrich Haarberg threw for 1,857 yards and 19 touchdowns in his final season with the Stars.