Day 3: Watch as the Senate continues debate in the Trump impeachment trial

Steven M. Sipple: On-field struggles aside, Osborne has no regrets about NU's move to Big Ten
View Comments
Share this
{{featured_button_text}}
1 of 2 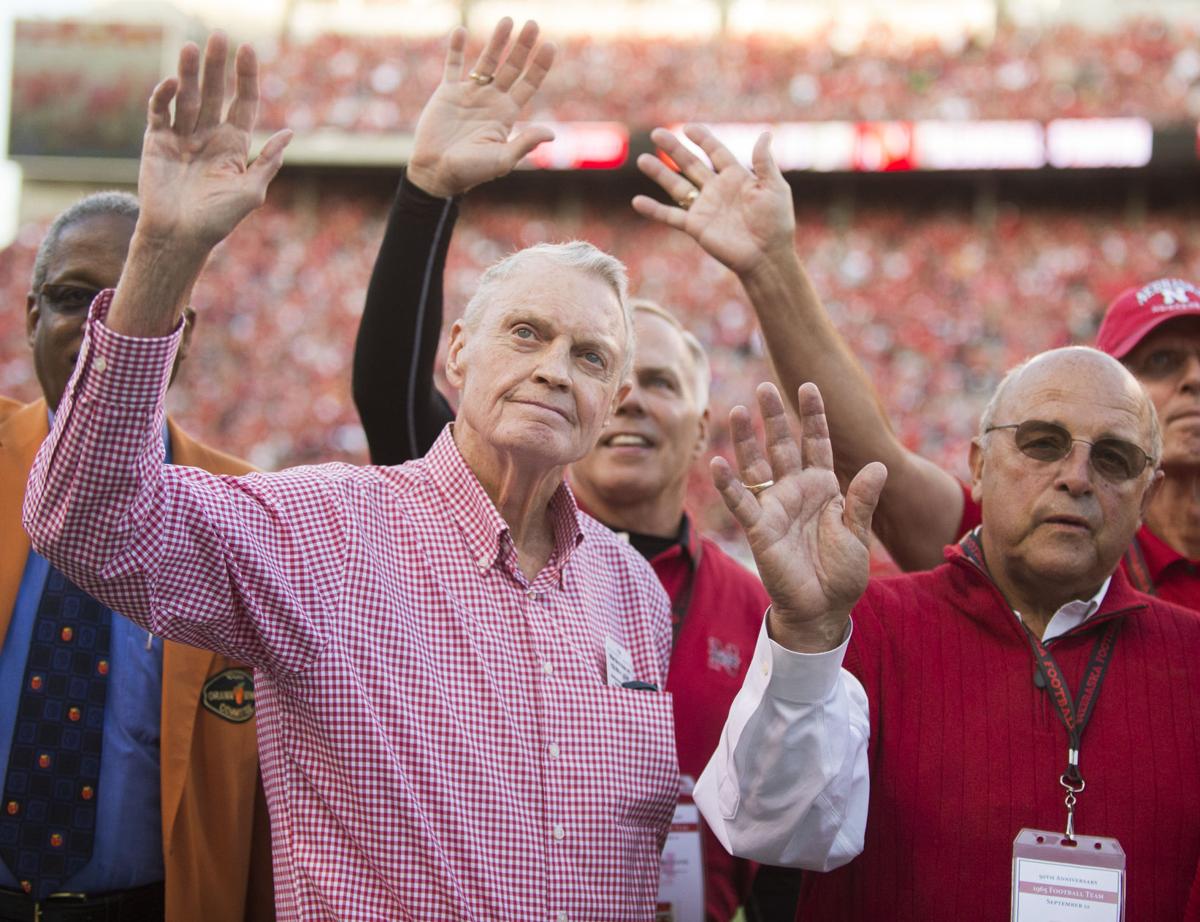 Tom Osborne (left) and Barry Alvarez wave to the crowd at Memorial Stadium in 2015. 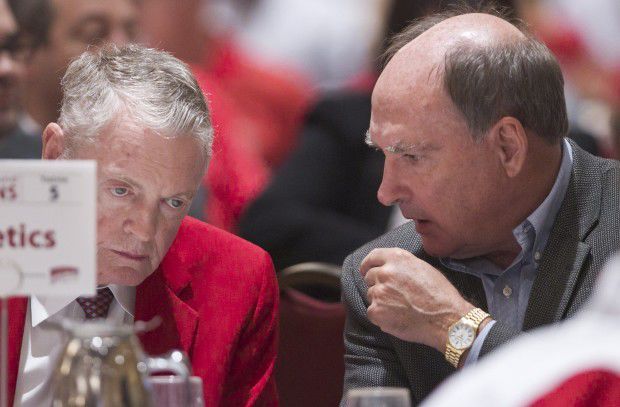 Tom Osborne has a pretty good idea why the Big Ten Conference invited him and Barry Alvarez to the Big Ten Football Kickoff Luncheon on Friday in Chicago.

With a chuckle, Tom noted the league is helping celebrate the 150th anniversary of college football.

"Alvarez and I probably are the history part," Osborne deadpanned.

There's an element of truth to that, especially as it pertains to the little piece of history that occurred in June of 2010 — when Nebraska received formal approval for entry into the Big Ten. Osborne and Alvarez were instrumental in the historic move.

Remember that period of calm and quiet in our state?

It was actually a period of massive tumult in college athletics with teams either eyeing moves to new conferences — the Pac-16, anyone? — or flat-out going through with moves, as was the case with Nebraska bolting from the then-shaky Big 12.

It was a period that changed our state. Nebraska found riches and stability in the Big Ten, albeit with limited on-field and on-court success so far. To wit: The Husker football team has just 37 conference wins in eight seasons, 4.6 per year. Ouch.

Osborne, though, makes clear he has no regrets, noting the Big Ten's $23 million payout to its members in 2010-11 — $10 million more than the Big 12 was doling out. He emphasizes the stability and sustainability that the Big Ten offered.

The Big Ten this year distributed roughly $54 million to each of the 14-team conference's 12 longest-standing members. Meanwhile, the Big 12 recently distributed $38.8 million to its schools.

However, "I naturally would've hoped that we might've done a little better on the field," Osborne said. "We've done very well in some sports like volleyball. Men's track has done well. I think in baseball we've certainly held our own, and football's been kind of off and on … I guess all in all it's been somewhat similar to what I thought."

His recall of the summer of 2010 is strong. Much of the Big 12 South Division appeared ready to bolt to the Pac-12. There was an agreement in principle to do so, Osborne said.

Through all the craziness that summer, Osborne said, he never felt overly stressed "because it just seemed like the way the tea leaves were laid out for us, there was really no question the Big Ten would take us. It wasn't anything I really anguished over. I felt it was the logical move."

Osborne's confidence that the Big Ten would provide Nebraska with a prime landing spot stemmed in large part from his relationship with Alvarez, the Wisconsin athletic director who had a direct line to Big Ten commissioner Jim Delany.

Alvarez, who played linebacker at Nebraska for the legendary Bob Devaney, has ample clout in college football, not just in the Big Ten.

"Barry seemed to feel the Big Ten would be interested in us — he had even mentioned it a year or two before (2010) and we kind of filed it away," Osborne said. "But then in 2010 it evolved and developed pretty quickly."

So, it's interesting, isn't it? Wisconsin helps Nebraska gain entry into the conference, then proceeds to clobber the Huskers on an annual basis. In capturing the last six games in the series, the Badgers averaged 368.8 rushing yards (8.1 per carry!) compared to the Huskers' 161.5 (4.4).

Remember when Nebraska's offense used to inflict that sort of hurt on opponents?

I asked Osborne if Wisconsin's recent dominance against NU has bothered him to any great extent.

"I think imitation always has a vestige of flattery," he said. "If somebody wants to imitate what you did, it must mean it had some merit."

Nebraska's five national titles, including three under Osborne (1994, 1995 and 1997), speak to that merit. And remember, Tom pretty much ran the offense on Devaney's staff for the 1970 and 1971 title teams, although coaches often didn't have coordinator titles back then.

These days, Osborne puts most of his energy into his TeamMates mentoring program, sometimes working up to 60 hours a week. Other weeks, it might be 20, he said. He's the boss. The longer weeks typically involve travel, he said, as the organization now has chapters in four states beside Nebraska: Wyoming, Kansas, South Dakota and Iowa.

I'm guessing Tom will enjoy himself Friday in Chicago. He seems as passionate about college football as ever.

I joked with him that he wasn't involved in all 150 years of its existence.

"I try to give that image, but it probably isn't accurate," he said in his usual dry manner.

Steven M. Sipple: Would Frost ever give up play-calling? It's a question worth pondering

Scott Frost has never even hinted at the possibility of surrendering play-calling duties. But it's an intriguing discussion, especially now.

Bill Moos speaks openly about his desire for the Nebraska-Iowa football rivalry to gain steam. Maybe recruiting battles could help.

The news isn't necessarily a surprise. But the finality of Maurice Washington's dismissal from the Husker football team is significant.

Like Nebraska's Cameron Jurgens, Wisconsin's Tyler Biadasz never played the center position until he got to college.

Cam Mack isn't just any player. But how much better can he get? Tell me you aren't intrigued by the question.

Tom Osborne (left) and Barry Alvarez wave to the crowd at Memorial Stadium in 2015.