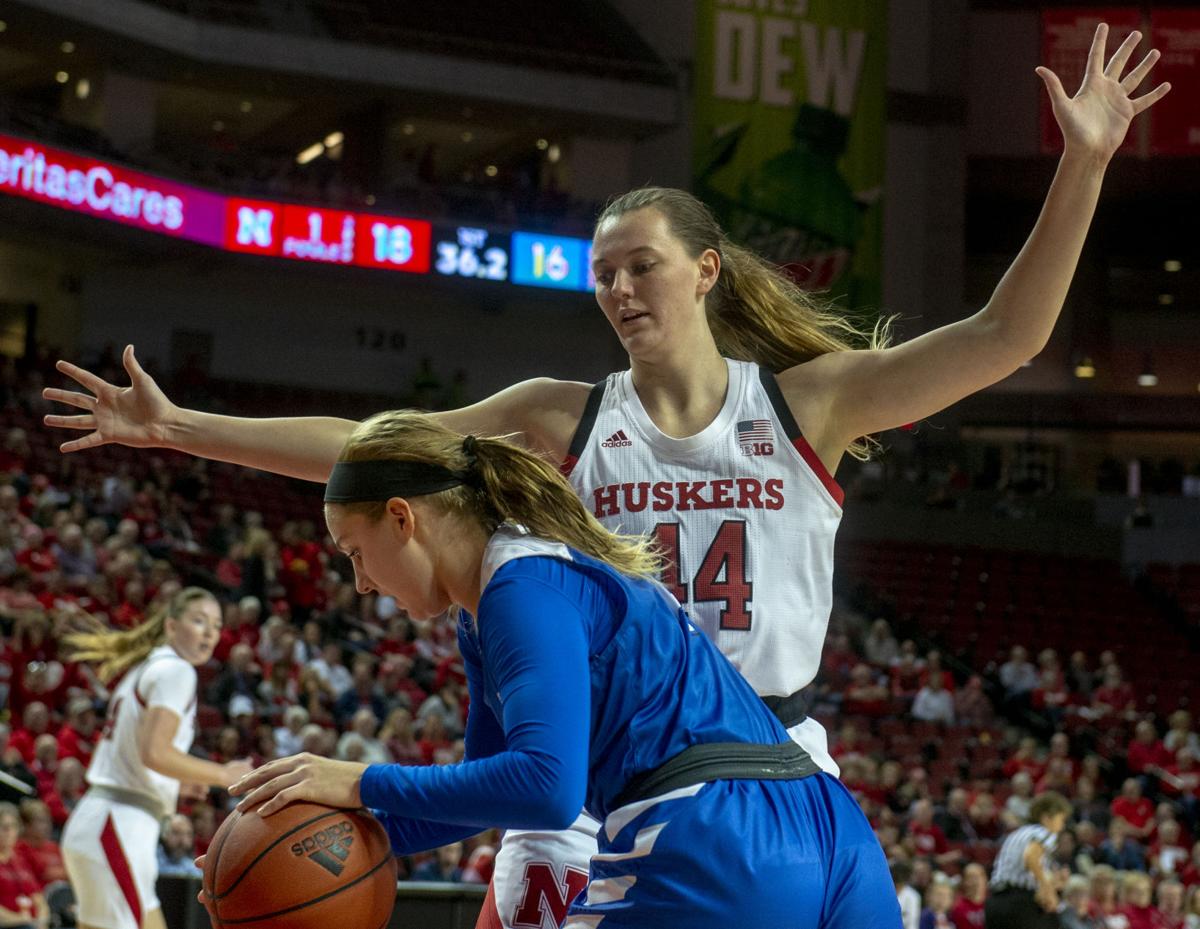 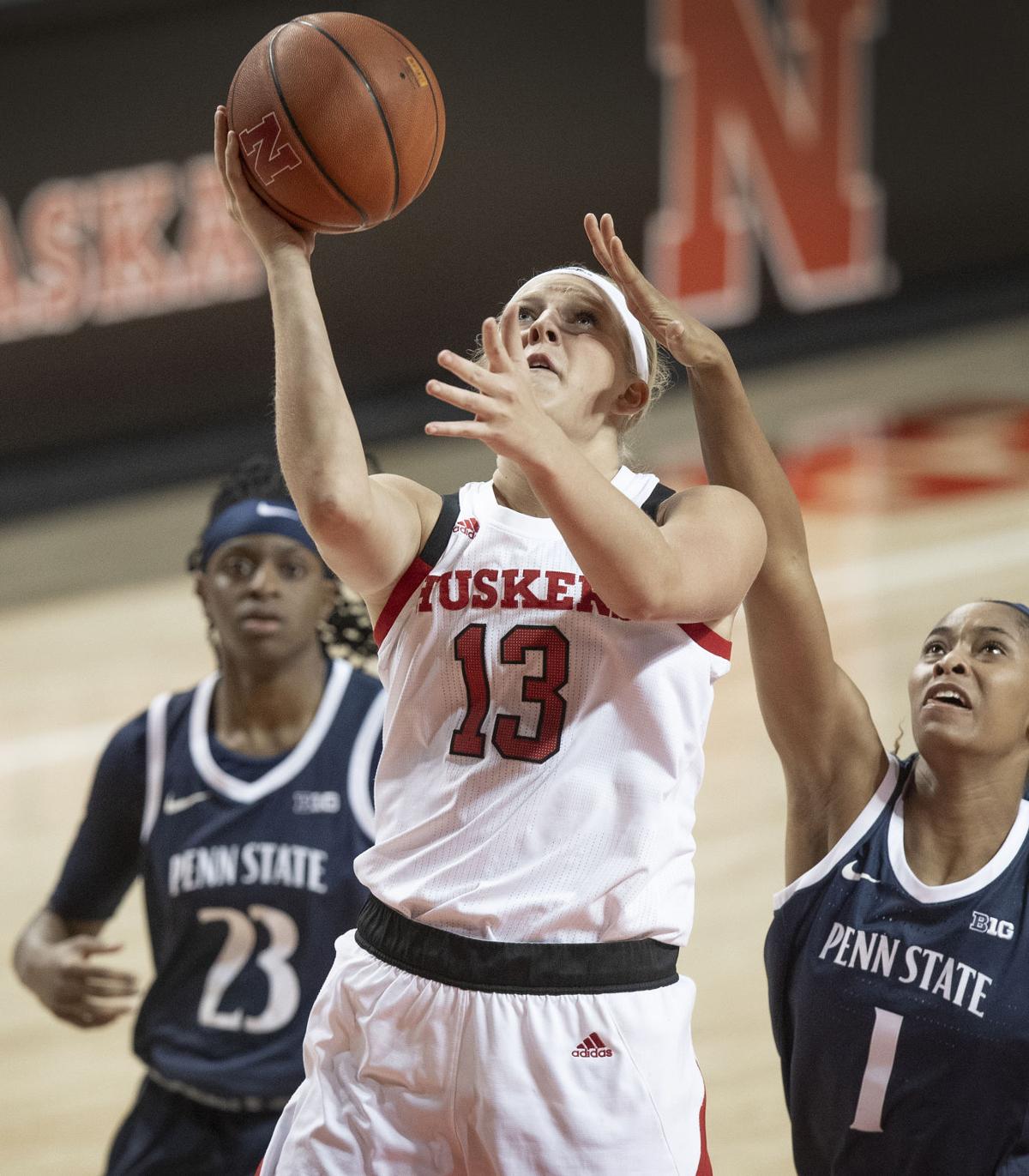 Nebraska’s Ashtyn Veerbeek (13) drives to the basket against Penn State’s Alisia Smith (1) and Shay Hagans (23) in the first half on Feb. 13 at Pinnacle Bank Arena. 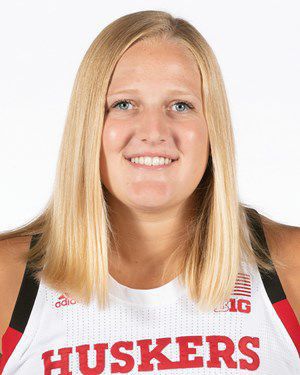 Ashtyn Veerbeek, who started all 29 games she played in for the Nebraska women’s basketball team this season, plans to leave the program and will no longer play at the NCAA Division I level.

Veerbeek will transfer to Dordt University, an NAIA program that's part of the Great Plains Athletic Conference, which includes Doane and Concordia. The school is located in Veerbeek’s hometown of Sioux Center, Iowa.

Veerbeek recently finished her sophomore season with the Huskers. She'll have two years of eligibility and will be eligible immediately at Dordt.

She had averaged 7.4 points and 4.3 rebounds this season.

"I chose to transfer to Dordt University because I wanted to be a part of a great faith-centered community and play in front of all my family and friends in my hometown," Veerbeek said in a news release.

Veerbeek is the second player who has made plans to leave the Nebraska program since the season ended. Kayla Mershon also plans to transfer and continue her playing career with the Minnesota Gophers, she announced on social media Tuesday.

Mershon put her name in the NCAA transfer portal about two weeks ago. She played high school basketball in the Minneapolis area for Minnetonka High School.

The 6-foot-3 forward played in all 60 games over two seasons at Nebraska.

This season, she averaged about 12 minutes per game, and started one game. Mershon had averages of 1.6 points and 2.5 rebounds per game, and had a career-high nine rebounds during an overtime loss against Ohio State.

Nebraska coach Amy Williams said Veerbeek and Mershon each told her they wanted to be closer to their hometowns.

The Nebraska coaches can’t go on the road right now to recruit due to the NCAA shutdown because of the worldwide health crisis, but the coaches are still working to see if there are players they would like to add to the roster.

“We can’t host any visits, but we have been very actively working the phones and have had several really good conversations here with late recruiting, which would be grad transfers and transfers and junior college transfers, and things like that,” Williams told the Journal Star. “All the visits are put on hold, but it’s something that we’re continuing to actively pursue.”

Nebraska’s Ashtyn Veerbeek (13) drives to the basket against Penn State’s Alisia Smith (1) and Shay Hagans (23) in the first half on Feb. 13 at Pinnacle Bank Arena. 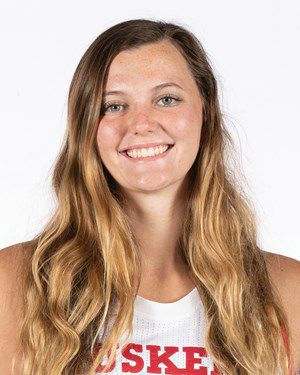