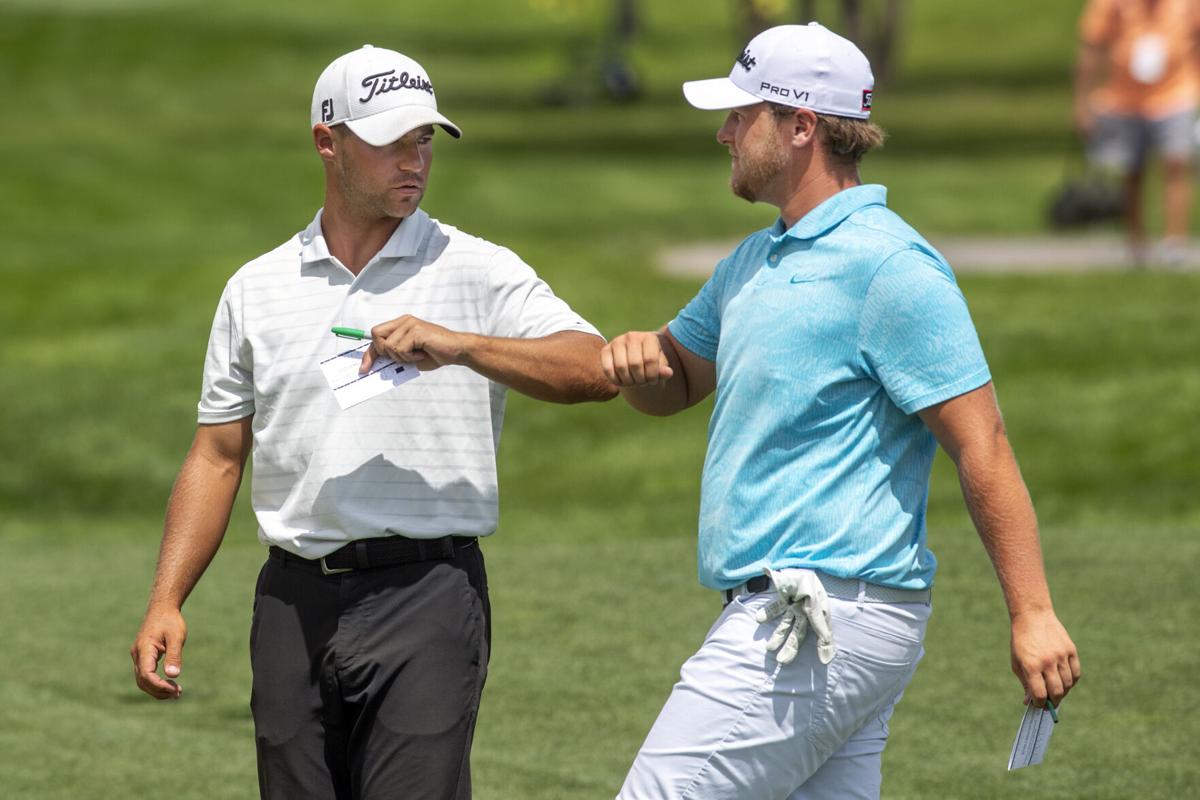 Carson Schaake (left) elbow-bumps his brother Alex Schaake during the first round of the Pinnacle Bank Championship golf tournament Thursday at The Club at Indian Creek in Omaha. 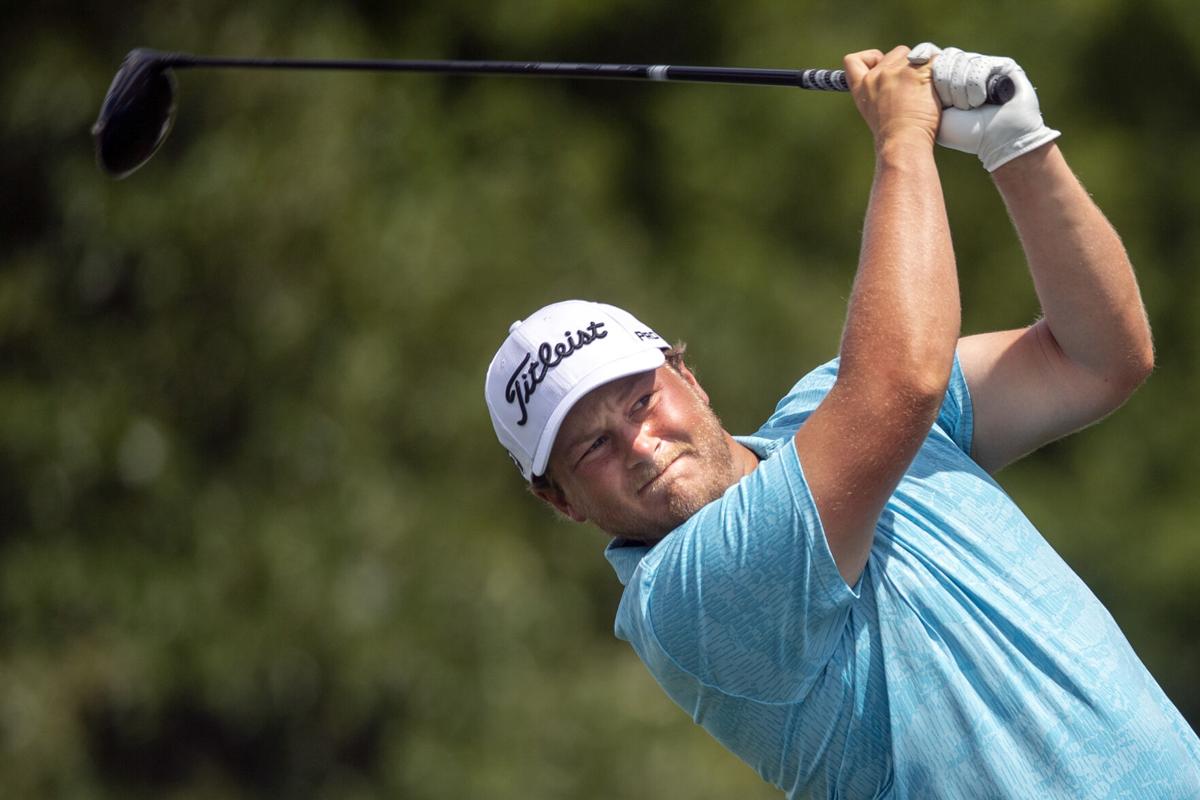 Alex Schaake tees off during the first round of the Pinnacle Bank Championship golf tournament Thursday at The Club at Indian Creek in Omaha.

OMAHA — Of the "14 million" or so rounds of golf Carson and Alex Schaake have played together in their lives, none have been quite like the past two.

That 14 million guess by Alex Schaake after Thursday's round at the Pinnacle Bank Championship was a little high, but it was his way of conveying just how much golf he and his older brother have played together.

So yes, it was a comfortable pairing at the Korn Ferry Tour event at The Club at Indian Creek in Elkhorn.

"To play with Carson was crazy cool; I mean, people don't play in many Korn Ferry events at the age that I'm at, and if you are, you're just a really good player," the 22-year-old Alex said. "And for them to pair us up together, for my parents to come watch us both, it just means a lot to us."

Both Schaakes earned their way into the field through qualifying tournaments. Carson by winning the qualifier for players with Nebraska ties at ArborLinks, and Alex by winning the Indian Creek Invitational, which attracts some of the top amateurs in the region.

"I would have bet my life that Alex would have won (the qualifier) here, and he did," Carson said. "I knew he was going to make it through."

In a pair of careers full of big-time golf accolades, Thursday's round marked a memorable milestone for both.

Both have played in professional events before — Carson in the 2015 John Deere Classic on the PGA Tour, and Alex in the 2018 Pinnacle Bank Championship.

But Thursday marked one of the rare times the two have played together in competition, amateur or professional.

It happened in last year's Iowa Open. But other than that, the pairings have been few and far between.

"It felt normal, except it was on a big boy golf course, that was all."

So it wasn't all that surprising that Ryan Schaake, the boys' father, and Margie, their mother, were able to get onto the course despite the limitations on fans at the event. Ryan Schaake signed up as a volunteer scorer, while the family didn't find out until Wednesday night that Margie would be allowed on the property.

"Over all it was a fun day" Alex said. "It was a little nerve-wracking on the first tee, but after that first tee shot, you hit it down the middle and you lose all the nerves and just start playing golf."

The familiarity was enough to help Alex Schaake make the cut. After a first-round 73, Alex came back with a 2-under 69 Friday to make the cut on the number at even-par 142. His Friday round was the lowest of the day among the five golfers with Nebraska ties in the field.

Carson Schaake missed the cut after rounds of 77 and 75.

McCook native and former Husker Brandon Crick followed his first-round 67 with a 1-under 70 to sit in a tie for 11th at 5-under par.

Brady Schnell and Scott Gutschewski both missed the cut after finishing 36 holes at 3 over.

The Korn Ferry Tour's stop in Omaha this weekend is a lot quieter, even by golf standards.

Brandon Crick has bigger things ahead this year than trying to climb the Korn Ferry Tour standings. But the McCook native and former Husker golfer took an important step in the right direction in that regard Sunday.

Watch: Marathon participants in it for the long run

Carson Schaake (left) elbow-bumps his brother Alex Schaake during the first round of the Pinnacle Bank Championship golf tournament Thursday at The Club at Indian Creek in Omaha.

Alex Schaake tees off during the first round of the Pinnacle Bank Championship golf tournament Thursday at The Club at Indian Creek in Omaha.