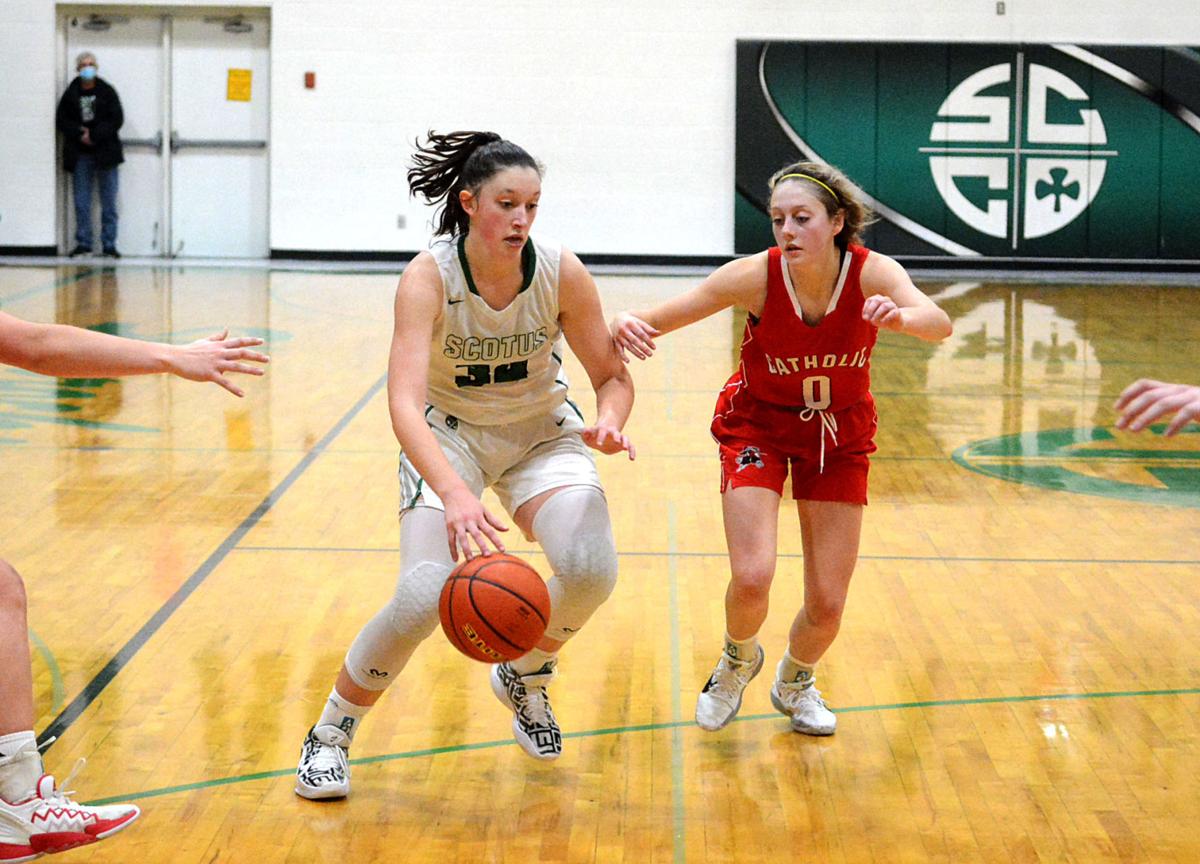 Scotus senior Janae Rusher splits a pair of Norfolk Catholic defenders in Tuesday's home win. Rusher tied the game late and gave the Shamrocks the lead for good in overtime. 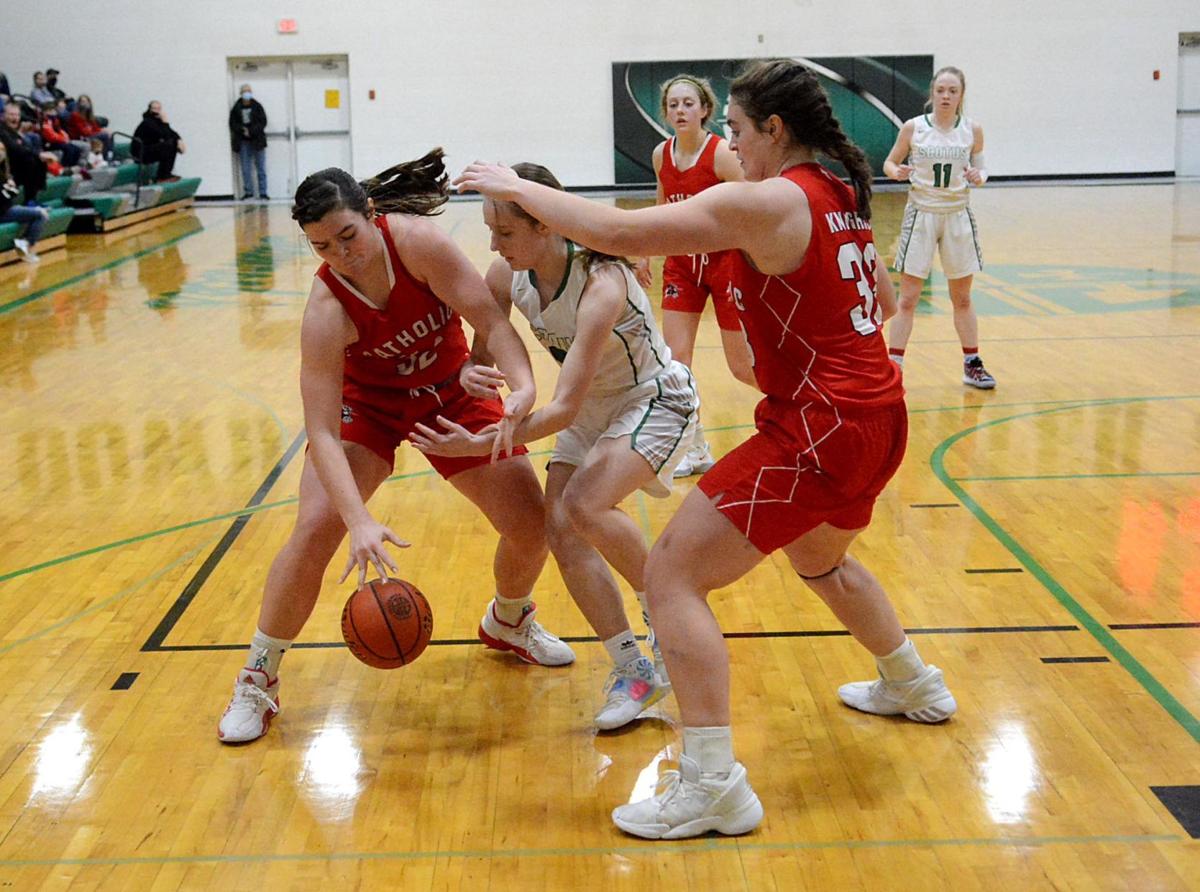 The Scotus Central Catholic girls took advantage of missed free throws, created crucial turnovers and added perhaps one of their most important marks to the win column in a 48-44 home victory over Norfolk Catholic on Tuesday at the Dowd Activity Center.

It was just the third time the Shamrocks have played in a single-digit game this season and the first time they've come through on the winning end. In the previous 12 games, the final margin has been a blowout one way or the other. The average margin of victory was 17 points.

That wasn't the case Tuesday when the largest lead for either side was just five.

SCC took the lead for good early in overtime when senior Janae Rusher sank a 3 for a 42-41 lead. Scotus converted free throws the rest of the way and forced Norfolk Catholic turnovers on three of its final four possessions.

Rusher also tied the game with under a minute remaining in regulation on a layup and a foul. She missed the ensuing free throw but stole a pass for one final Scotus shot.

Norfolk Catholic missed eight free throws over the final eight minutes of regulation and were just 8 for 17 from the line for the game.

Scotus had lost its last two and dropped to 6-6 before the victory.

"The last couple of games we've been getting down and haven't been able to find a way back and compete. So, as a team I thought we did a real good job of keeping it together and playing good defense," Rusher said. "Our defense was a lot better tonight. It means a lot to get back on a win streak."

Scotus led early before surrendering the lead early in the second quarter, taking it back but then giving up a 3 in the final seconds for a 20-17 halftime deficit.

The Shamrocks lost junior forward Grace Mustard to a left ankle injury in the final three minutes of the third. Her departure took away a player that had recently set career-high scoring marks in a win Jan. 5 and then again on Saturday at Wahoo Neumann.

But without her, SCC had the game tied 31-31 at the end of the frame and took another lead at the start of the fourth on 3-pointers from Kamryn Chohon.

Chohon was also lost for the game when she fouled out late in the fourth. That left Scotus with two starters on the bench and the game on the line. It was similar to the holiday tournament loss to Lakeview when Ava Kuhl and Chohon both fouled out in the fourth.

But whereas Scotus missed its shots and its chances in that one, the Shamrocks capitalized Tuesday night. The Knights went to the foul line tied 37-37 and ahead 38-37 but made 2 of 4, setting up Rusher to score and draw a whistle and force overtime.

Asked if she had ever made two bigger shots than the one at the end of the fourth then the 3 early in OT, Rusher chucked and said, 'No.'

"Those were pretty exciting," she said. ..."We had either been blowing people out or been blown out, so it was fun to have a close game."

Bulldogs knock off second ranked foe in a week

The Humphrey/Lindsay Holy Family girls controlled the glass and controlled a 45-36 win at Scotus Central Catholic on Tuesday night.

Scotus senior Janae Rusher splits a pair of Norfolk Catholic defenders in Tuesday's home win. Rusher tied the game late and gave the Shamrocks the lead for good in overtime.