For Jocelyn Herstein, the world seemed a lot smaller when she could hop on a plane and be anywhere or with anyone in less than 24 hours.

That world has gotten quite a bit bigger over the past several months, with many countries closing airports and borders with little advance notice and airlines drastically reducing the number of flights because of the coronavirus pandemic.

Those changes have left people such as Herstein, who lives in Lincoln but has a German fiance living in Switzerland, bearing the brunt of the travel restrictions.

"There are women who are pregnant or about to give birth, and their significant other can't be there for the birth of their child," Herstein said. "People can travel for vacation, but can't be reunited with their loved ones."

The United States has been under the most extreme travel advisory, Level 4, advising people to avoid international travel because of COVID-19 since March 31.

"If you choose to remain overseas, you should be prepared to remain where you are for the foreseeable future," the U.S. Department of State said in its travel advisory.

Cindy Lange-Kubick: Losing your parents during a pandemic and finding peace in the process

But dozens of other countries have imposed their own travel advisories or bans to keep Americans outside their borders, as the U.S. has continued to have the highest COVID-19 caseload and death toll in the world. According to the Centers for Disease Control and Prevention, there were more than 4.5 million cases and nearly 154,000 deaths in the U.S. as of Friday.

Herstein is just one of thousands across the U.S. confronting a forced separation from a loved one.

Parents are separated from their children. Wedding plans have been canceled. People get sick without their loved ones nearby for support.

The Facebook groups "Couples Separated by Travel Bans" and "Love is Not Tourism" have 17,000 members and continue to grow.

Herstein met Ben Ra in her graduate program at the University of Nebraska at Omaha in 2014, and they've dated long-distance since 2015.

She planned to move to Switzerland this summer before travel bans were put in place. Herstein is now in the process of applying for a family reunification visa to make her way to Switzerland as soon as possible.

"The problem with the travel ban is that there is a line drawn in the sand for married couples," Herstein said. "It's been pretty amazing to see how many couples are in the same situation."

Many are finding ways to work around the ban by creating crafty travel plans, either flying into a country that has no ban on American travelers and transferring to another country, or both parties meet in a third country to get married.

In Omaha, Megan Richter has been weighing all options trying to get to her fiance, Paul McMillan, in Glasgow, Scotland.

Dying alone: 'It’s so hard not to be there, to hold their hand, to hug them'

"We have gone through levels of acceptance," she said. "We talked about both flying to other countries to meet and get married. We are both aware that the pandemic is very serious, but I just think that it comes down to a stamp on a piece of paper, which isn't always fair."

Richter and McMillan met at a summer camp in Boone, Iowa, about eight years ago, but so far have been unable to obtain visas that would allow them to live together in either the U.S. or Scotland.

A few countries, including Denmark, started allowing people into the country if they can prove their relationship was in existence before the pandemic. Many are hopeful that other countries will follow suit.

Need a passport? Is it life or death? About 1.2 million people are ahead of you

The U.S. State Department, which largely shut down its passport processing in March, says it is chipping away at a backlog of applications that have accumulated since then. But officials aren't giving any time estimates.

2. Beach resorts in Mexico ('Love Is Blind' and 'Too Hot to Handle')

Officials from both American Airlines and Southwest Airlines have announced changes to their policies on facial coverings due to the ongoing coronavirus outbreak. American revealed it would require all customers over the age of 2 to wear face masks at airports and onboard, strengthening the airline's commitment to keeping customers and team members safe. The new rules would become effective on ...

Taking the kids ... and staying safe in national parks from COVID, bears, bison and more...

Cars were stopped in both directions. The gawkers and paparazzi were jostling for the best shot without regard to social distancing, nor had they stopped to put on masks.

Due to the rising number of confirmed coronavirus cases in Puerto Rico, the island territory has pushed back its reopening date to Aug. 15. According to NBCNews.com, Puerto Rican Gov. Wanda Vazquez said the spike in coronavirus cases coincided with the opening of the island to tourists from the United States mainland on July 15. As a result, Vazquez ordered bars, gyms, marinas, theaters and ...

Feeling Skittish About Air Travel? Here’s What Recent Flyers Had to Say

'Dirty Dancing' lake filling up 12 years after it dried up

'Dirty Dancing' lake filling up 12 years after it dried up

National Parks Are Reopening, So Here Are Some Tips to Keep in Mind!

National Parks Are Reopening, So Here Are Some Tips to Keep in Mind!

How To Road Trip Safely During Social Distancing

How To Road Trip Safely During Social Distancing 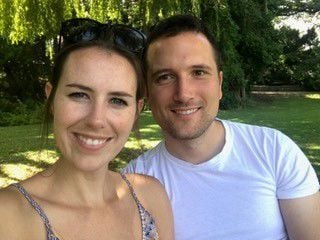 Jocelyn Herstein, of Lincoln, and Ben Ra, a German native who lives in Switzerland, are engaged, but have not seen each other for months after Herstein's plans to move to Switzerland this summer were halted by travel bans because of the pandemic. 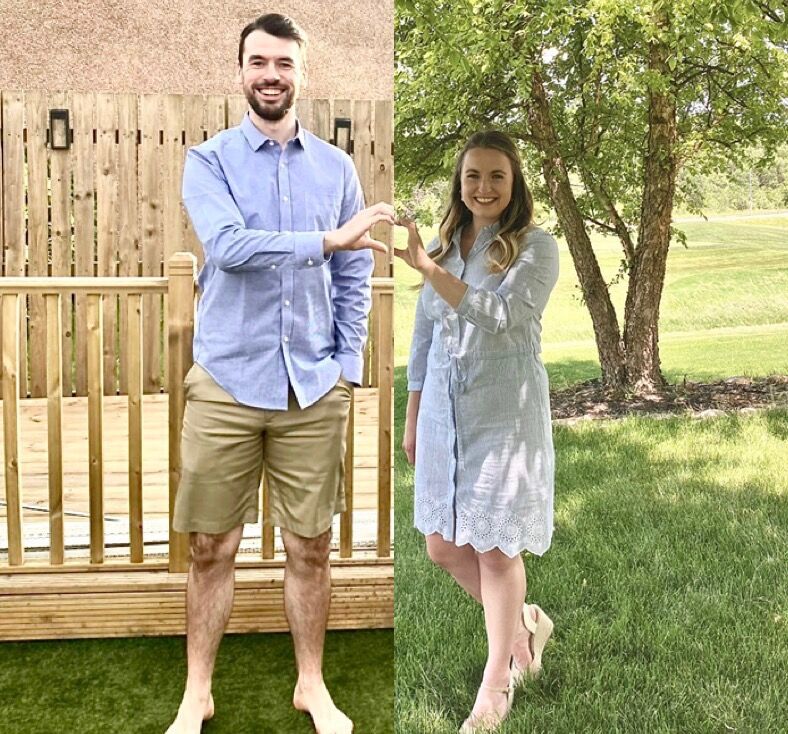 Megan Richter, of Omaha, and Paul McMillan, of Scotland, were forced to postpone their wedding plans because of COVID-19 travel restrictions.